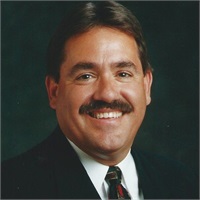 President and co-founder of Orazio Financial Services, Paul began his financial services career in 1983.  He is a securities licensed representative, general securities principal, and a life, disability, and long-term care insurance agent.  Paul also received his CFP® certification in 1987, obtaining a knowledge base in investment, retirement, and estate planning.  The client-centric focus of the CFP® Code of Ethics became the foundation for the formation of Orazio Financial Services.

Working with over 400 client families, Paul combines over three decades of knowledge and experience with the personal touch that defines his investment philosophy and planning strategies.  He has served on several industry boards including those of both his Broker-Dealers, Nathan & Lewis and National Planning Corporation.  He is a member of the Financial Planning Association (FPA), has been a contributing editor to a variety of professional publications, and has appearanced on CNNfn.

Paul's commitment to his community extends beyond his impact on his clients. In 1993, Paul graduated Leadership Rockland and served several years on its Board of Directors. He was also selected to join the Board of Directors of Volunteer Counseling Service (VCS), presiding for two years as its President from 1994-1995. He later received the "David A Kurland Community Service Award" from VCS in 2001. Most recently, he served as the Finance Committee chair for the Rockland Community Foundation, a non-profit organization that raises money to benefit local charities and scholarships. Other boards Paul has served on include the Suffern Free Library and the Rockland Conservatory of Music.

*Please do not submit trade requests through this form as they will not be executed.  If you need to discuss transactions related to your account, please call our office at 845-368-4402, and someone will be glad to assist you.

Due to the change in broker-dealer, our email addresses have changed to the following: